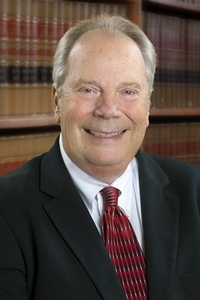 Terry Belt arrived in Austin in 1965 from the little German town of Weimar, Texas, where he learned to haul hay bales for the local farmers. He attended the University of Texas in 1965-1972, where he earned a degree in accounting in 1969 and a Doctors of Jurisprudence from the UT Law School in 1972.

Belt’s desire to become a lawyer was fueled by his summer work in Casper Wyoming for a petroleum abstract title company. While working there, during his high school years, Belt would deliver the completed abstracts to the lawyers for the Oil Companies, and he was impressed that the lawyers always wore cuff links.

After Belt graduated from Law School in Austin, and for the next 43 years, he operated his solo law practice in Austin, except for the two years that he moved his practice to Geneva, Switzerland and then to Paris, France.

He also taught at the University of Texas, and Austin Community College, and to make ends meet while he started his practice, he played a saxophone in a dance band. The saxophone that he used was purchased from B.J. Thomas, of “Rain Drops Keep Falling.” After the first 6 years of working as a lawyer and as a musician, Belt retired his saxophone.

During his 45 years in solo practice, he was an officer, or director of: The Austin Jaycees, the Young Men's Business League (YMBL), West Austin Rotary, Technology Advisory Group, Westlake Chamber of Commerce, Abundant Life Foundation, and a cancer charity known as The Smile Never Fades. He also is active with Mobile Loaves and Fishes, and has served on the board of directors for numerous Austin businesses.

During his career, Terry Belt has earned two Texas Supreme Court victories, and was board certified by the State Bar of Texas.

Belt is in good standing with the State Bar of Texas, and he is licensed to practice in all State Courts, The U.S. Supreme Court, and the Federal Western District courts.

He has a weekly radio show known as “ASK THE LAWYER”, and he has participated in numerous speaking engagements for the State Bar of Texas and the Austin Apartment Association.

Belt has been married to Diane Belt for 27 years and has 2 grown children and 4 grandchildren.

We all know that the Covid-19 has changed our lives at home and at work, and that it has changed our government on many levels. We can look for the silver linings, learn and move on. However, we can also use this sudden change of circumstances as a reminder to us that we cannot know the future, and planning for the end of our life is a good mature way to show your heirs that you love them. A good estate plan should include a will for each adult, a power of attorney for both medical, general purposes and a directive to physicians. Transfer on Death Deed (TOD) could change your entire estate plan for the better. I will offer at deeply discounted rates all these services by telephone, with one day turn around and a safe secure means by which you can sign your documents at a location at which you feel comfortable. I may even have a custom tailored mask to give you by then! Email us at This email address is being protected from spambots. You need JavaScript enabled to view it. for your free, laminated hard card Texas Intestate Succession Chart to see if our property really will go where you want it to go if you don't have a valid will!

During these unusual times, I encourage you to be kind to each other.
Terry Belt 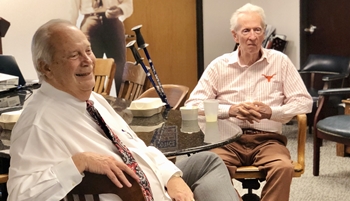 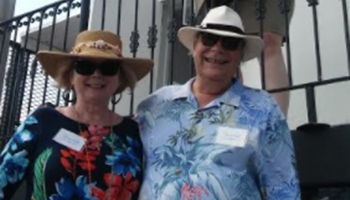