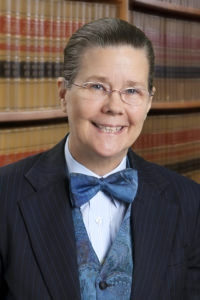 Laura Fowler is the managing partner of The Fowler Law Firm, P.C.

Ms. Fowler is the proud recipient of the designation of Best Lawyers in the United States from US World and News Reports, Martindale Hubble AV Lawyer and AV Woman Lawyer Preeminent, 2017 Greater Austin Asian Chamber of Commerce Member of the Year, 2016 Greater Austin Black Chamber Diversity Champion, 2016 Austin LGBT Chamber of Commerce Pride Champion, The Austin Club 2014 Member of the Year and Williamson County Association of Realtors 2013 Member of the Year. The Fowler Law Firm PC is ranked nationally by US News and World Reports as a Best Law Firms In the United States Tier 1 in two categories, Immigration and Education. Not surprisingly, Ms. Fowler passionately believes in the importance of both and is proud to contribute to a number of educational endowments and scholarships, reaching out to many who are in need of pro bono immigration services, referred by area pastors who know their members with be treated with dignity, respect and love.

Ms. Fowler serves as a director of The Austin Bar Association and is particularly proud of the fact that each year in which The Fowler Law Firm has been invited to participate, it has been designated with the grade of A+ as  Top Diversity Employer of Attorneys by Austin Bar Association Diversity Report Card, which Ms. Fowler notes is nothing short of a miracle in light of the firm’s small size and lack of HR resources compared to the firms The Fowler Law Firm PC  competes against that employ hundreds or even thousands of lawyers.  She has been quoted as saying “I just invited the most wonderful lawyers in Austin to join us and they turned out to be…..diverse!

Graduating from Baylor Law School in 1979, Laura Fowler began her career as a very green Lieutenant Junior Grade in the US Navy Judge Advocate General’s Corp aboard the warship USS Guadalcanal in 1980.   Chasing saboteurs and scoundrels through exotic ports in East Asia and the Western Pacific, she learned a lot about the world and went from being not much more that a citizen who dutifully voted to a fierce patriot who loves the United States and worships the United States Constitution for the opportunities  afforded  our citizens which are unlike any other in the world.

Since returning to Texas in 1983, she has confined herself to avenging and defending the rights of many wonderful people and institutions in the state and federal courts of Texas. Her greatest calling, however, is to help her clients design ways to never see the inside of a courtroom.

How To Be The Greatest Historic Place in Austin® a course and manual by Laura Fowler is almost ready. Featured here are Steve Little of One Touch Point, Laura Fowler and Jennifer Welch, preservationist and real estate broker.